All wrapped up: The art of swaddling your baby 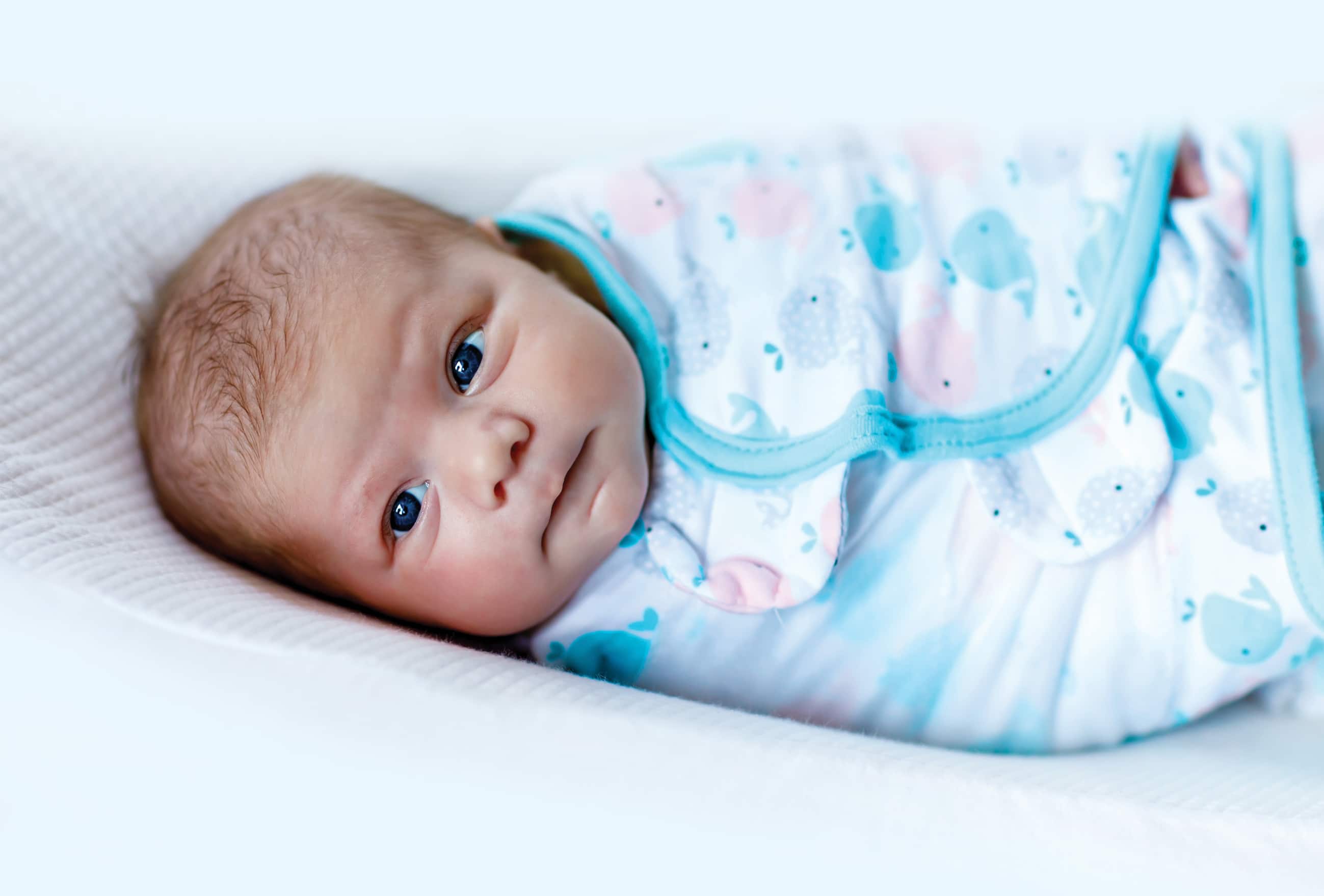 Infant stimulation specialist Nicci Proome explores swaddling as an effective way to calm restless or flailing babies and to help you gently restore some tranquillity to early motherhood.

For centuries the ancient art of swaddling has proven a most effective tool in soothing flailing babies. To date there are only a handful of cultures that still turn to swaddling; is it just a coincidence then that within these cultures, colic, restless sleep and postpartum depression are almost non-existent? Could swaddling your young really be the answer to your sleepless nights, creating a happier persona?

The cornerstone of calming
Ironically, we have been told to swaddle, over and over again: by baby books, antenatal classes and even hospitals. Did you notice when babies were lined up at the window to view at visiting hours that all of these beautiful newborns were bundled up? There would always be that one baby wailing blue murder – flailing arms, face turning purple – so it’s no surprise when the nurse would come along and wrap them up tightly and the baby would settle into their previous calm and
sleepy state.

But how? What on earth could a simple swaddle provide? If you were listening carefully during antenatal classes or taking in the great advice from your elders, you would have heard them recommend the art of replicating the womb environment to settle baby during the first few weeks of life. We cuddle them, play soft music, sing lullabies, use white noise and rock them gently. However, we’re surprised when we lay our babies down and their arms flail out, their eyes burst open and they bawl! Swaddling can prevent this; in fact, swaddling is referred to as ‘the cornerstone of calming’.

The effectiveness of swaddling
Swaddling should be your first ‘go-to’ in putting your baby to sleep, calming them during a meltdown and relaxing a fussy eater in the early days. When babies fuss, their arms flail, their bodies jerk and unfortunately all this commotion causes such havoc that your infant is unable to notice your attempts to comfort her. Swaddling reduces the distractions and offers a reassuring embrace that says: “It’s okay, darling. Mama is taking over now.”

Unlike us, babies do not react to being over-tired by becoming lethargic and unresponsive; instead they become over-reactive, thrashing like a fish out of water. When this happens, your baby doesn’t even realise that her limbs are attached to her. As far as she is concerned these objects are a part of her environment and are causing her to be even more upset and over-stimulated. You could say that swaddling is, in part, a way of removing additional stimulation from your baby’s environment, enabling her to focus directly on you and her current task: calming down, going to sleep or focusing on nursing and nourishment.

Progressing from the swaddle
Until baby has full control over her limbs and begins to suckle on her hand with precision and self-control, and face-scratching, eye-gouging and her Moro reflex no longer wakes her, then you may start to consider eliminating the swaddle. Around the three- or four-month mark I suggest moving baby from a hands-down swaddle to a one arm bent up and one arm down swaddle. Here, baby has the opportunity to showcase whether or not that arm bent up is going to unsettle or wake her. If baby does not become unsettled then an arms-out swaddle can be introduced. Most babies outgrow swaddling by the age of four to six months. However, the more sensitive baby can go for as long as seven months being swaddled as a calming mechanism.

The best question I have ever been asked is, “Do all babies need swaddling, because my two-week-old sleeps like a bomb and very rarely stirs?” What most parents aren’t aware of is that after baby’s birth their umbilical cord carried across numerous different maternal hormones that can last for months. One of these very special hormones is called maternal melatonin. This is the ‘sleepy’ hormone that kept baby relatively still in the womb during the last few weeks of pregnancy. This same maternal melatonin keeps baby in a very dozy state for the first three to four weeks of life after birth, gradually dropping off until your once sleepy baby hits the six-week peak in crying and sleeplessness. It is only after six weeks that your baby begins to produce her own melatonin.

The answer is to swaddle your baby from day one. This ensures peace of mind that when the six-week peak arrives, baby will already be accustomed to this settling technique and long stretches of crying will be decreased because the art of swaddling has already been mastered. If you missed the ‘swaddle bus’ and only after the peak of crying did you consider resorting to swaddling, I suggest practising while baby is already in a calm state. Some babies appear to resist being restrained at first, but do not let this dishearten you. The fight against being swaddled is not against the swaddle itself, but your baby finishing off the end of a stimulation overload – the swaddle just happens to be there to catch the peak of the breakdown.